A ductless or mini split air conditioning system is similar to a central air conditioning system, in case you didn't know. They're both made up of two parts: an outside condenser and an indoor evaporator/air handler. The heat is carried from the indoor unit to the outdoor unit, where it is discharged, by coolant passing between the two units.

The pricing, quantity of maintenance, and overall appearance of each system are the primary distinctions between a ductless mini-split system and a central air conditioning system. Although ductless mini-split systems are more costly and less appealing, they require little to no maintenance. Central air conditioning systems, on the other hand, are less costly and almost undetectable, although they do require regular maintenance. 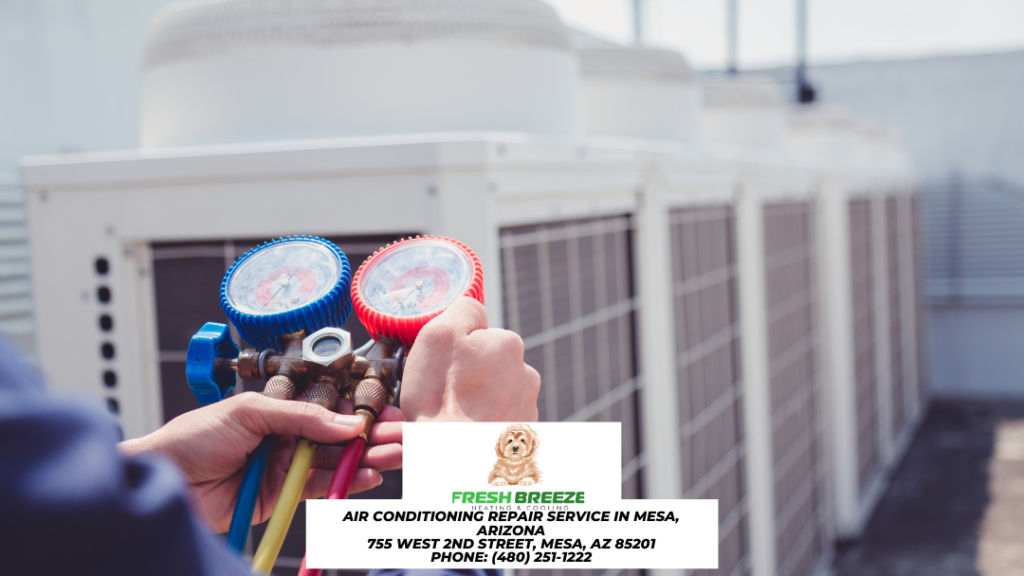 Are You Looking for An Air Conditioning Repair Contractor You Can Trust?

For the last thirty years, Fresh Breeze has been proudly serving the residents of East Valley or Mesa, Arizona. Owned and operated by Ben Wanless and his wife Rachel, Fresh Breeze truly is a family-run business. It is in FreshBreeze's sincerest desire to help you stay cool in the summer and warm in the winter, and to that end, Fresh Breeze will never try and sell products just to make a quick buck. Fresh Breeze considers the job to be their purpose in life and as such, knows providing honest, quality service is the only true path to success. Our family of employees are proud to be honest, hard-working, mechanically inclined technicians who can and will jump in and get the job done! Call Fresh Breeze and we guarantee you will not be disappointed. Our current customers, past customers, and family all attest to that! Schedule a service call or on site quote today!